Elegance, sophistication, quality, and luxury showcase this special home at The Quarry At La Quinta. Upon entry to the front courtyard, Guy Dreier's classic design elements are in full display with exterior angles, glass, and water. A private casita welcomes you as the grand entrance exudes warmth and style as you drop down into a classic living space with vaulted ceilings. The connection between the great room, stylish bar, and great outdoors with tranquil pool is seamless and lends itself to amazing desert living and entertaining. Contemporary design elements and artfully crafted individual spaces define this home. Its intimate kitchen/morning area/relaxation zone featuring a shaped exterior window and shattered class counter dining pedestal gaze out towards Tom Fazio's Top 100 U.S. rated fantastic golf course and the Santa Rosa Mountains. Across from the ultra-cool interior desert atrium, the formal dining area features a stunning handmade table that captures the room. Enjoy a movie or watch the 'big game' adjacent in the cozy entertainment zone. The Master bedroom is its own private sanctuary with a large bath area and remarkable marble column shower. This home blends all the elements of design and space utilizing the essentials of water, fire, glass, and natural materials while employing a rich palette of soft colors and comfortable fabrics. This spectacular home is 6,443' with 3 bd/5 bath, office and is offered furnished.

Art is negotiable. Membership is not required and is subject to acceptance by the Club.

Swipe to view. Touch to zoom.

The Quarry at La Quinta offers the Ultimate Golf Experience where championship golf meets unparalleled beauty. The Quarry's 18-hole Championship Course, 10-hole Short Course and 18-hole Putting Course are all designed by world-renowned golf course architect, Tom Fazio. Membership is by invitation only and is strictly limited to 250 members to ensure that the first tee is always open and available for its members.

Credit: The Quarry at La Quinta

Fazio has designed more than 200 courses of which 46 have been ranked by Golf Digest in their greatest 200 courses in the United States.[3] His individual honors include Best Modern Day Golf Course Architect, which he received from Golf Digest Magazine three times. In 1995, Fazio became only the second course architect to receive the highest recognition awarded by the Golf Course Superintendents Association of America - The Old Tom Morris Award.

With over 35 years of professional experience, Guy has designed some of the most sculptural and unique homes in America's most distinctive cities: Boca Raton, Vail, Salt Lake City, Las Vegas, Rancho Santa Fe, La Jolla, Malibu, Wailea, and most notably, the private resort communities surrounding Palm Springs, Ca - including inside the walls of such renowned clubs as Bighorn Golf Club, The Vintage Club, The Reserve, The Quarry, Mirada, Waterford, and The Madison Club.

The firm is now engaged in multiple international commissions (i.e. Middle East, Mexico, British Virgin Islands, etc.) and the architecture makes a bold and successful statement in many varied types of cultures. 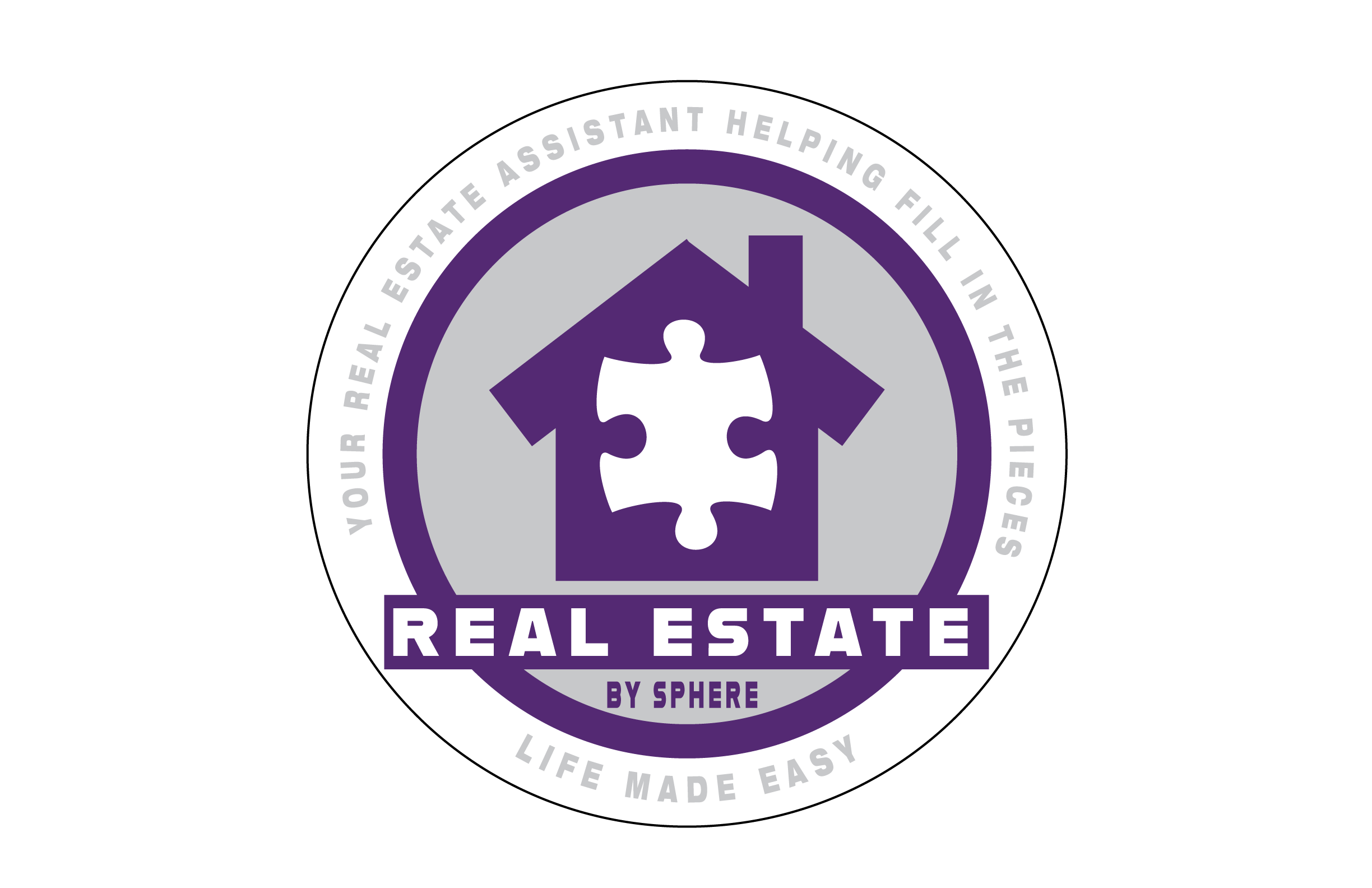 The allure of the Desert Lifestyle was introduced to George during his college years at UC Santa Barbara. The temptation of year-round blue skies, warm temps, and access to the finest golf climate in the country became a clear priority.  Upon graduation and following initial efforts to play golf professionally, a career in golf ensued.  As a 26+ year and a current PGA of America member, George’s experiences were centered around the management and operations of the Desert’s finest Private Golf Clubs.  Directly, George gained intimate knowledge and forged his resume at Mission Hills Country Club, PGA West, Hideaway Golf Club, Madison Club, and The Quarry At La Quinta.  Most notably, George performed as the Director of Golf at nationally regarded and Golf Digest Top U.S. 100 The Quarry at La Quinta for 12 years. Subsequently, he took the lead as Director of Membership, Senior Manager, and Club Ambassador at Hideaway for an additional 12 years while concurrently representing Discovery Land Company as an on-site Licensed Real Estate Associate for both Hideaway Golf Club and Madison Club.  Given these experiences, George became familiar and fluent with the desert’s additional private Golf and Country Clubs including Bighorn Golf Club, The Reserve, The Vintage, Tradition, Toscana, Eldorado Country Club, Citrus Club, The Palms, Andalusia, and others.

George offers a unique perspective on Desert living given his tenure as a resident, professional experiences, and relationships he has built along the way in a variety of industries. As a strong advocate for quality of life and sustained growth in the Coachella Valley, he has personally witnessed the evolution of the Desert landscape, including the influx of world-renowned events that grace the seasonal calendar. From the Palm Springs Film Festival to The American Express PGA Tour and ANA Inspiration LPGA Tournamentweeks, the amazing BNP Paribas Tennis Open in Indian Wells, the Desert International Horse Show in Thermal and Winter Polo at the Eldorado and Empire Polo facilities where George also shares the equestrian passion and is well connected. Culminating the season are the spectacular Coachella Fest and StageCoach Music Concerts.

These are merely a highlight of events, not to mention numerous activities, that attract residents and welcome visitors from around the globe to the Coachella Valley. His first-hand desert knowledge gives buyers and sellers a tremendous wealth of local awareness not only of each Private Club or Resort but also the personalities, vibe and attraction of every individual desert city.  Furthermore, and perhaps most importantly, insight and perspective into the various residential communities that flow through the Coachella Valley from Palm Springs to Thermal, with an emphasis on the Central and East end of the Valley including Rancho Mirage, Palm Desert, Indian Wells, La Quinta, Bermuda Dunes, Indio and Thermal.

George has built an impeccable personal reputation throughout his career based on integrity, personality, interpersonal skills, communication, and confidentiality. His friendly demeanor and honest and trustworthy character are highly respected. George’s even-keeled approach and devoted work ethic along with alignment with Kibbey and Associates, the Valley’s #1 Sotheby’s Team, and the industry-leading Sotheby’s International brand have George on his way to becoming a Top Producer. In conclusion, his familiarity and understanding in virtually every segment of the market is rare and offers great value. You couldn’t make a better choice than George Van Valkenburg Jr. to represent you in achieving your real estate goals.

George can be reached personally at (760) 289-0273 or via email to realestate@georgevanjr.com or george.vanvalkenburgjr@pacificsir.com.

Sales Associate, Desert Sotheby's International Realty
CALBRE# 01904153
Mobile: 760-289-0273
I’ve purchased a lot of properties and built several homes, George is by far the best real estate agent I have ever used. He was very good about showing us many homes and neighborhoods to help us find just what we wanted.  He bent over backward to help with the pool and many needed house repairs prior to moving in. I have nothing but great things to say about George and highly recommend him.
-Eric J.
George Van Valkenburg Jr. was our realtor when buying a condo in La Quinta and introduced us to Legacy Villas.From day one, George toured us through available properties, explained, in full, the details of the transaction and theprocess of purchasing the property. He was immediately responsive to our many questions, as we were new to the area.He also walked us through each step of the way through dealing with inspection, repairs and escrow.At the completion of the purchase George has followed up with us to see if we needed any more assistance.We wholeheartedly and unequivocally endorse George and the rest of the team.
-Virginia B.
I had the best experience working with George.  He was so knowledgeable, helpful and kind during the sale of our family home.  We live out of state, and George was so helpful meeting various vendors along the way to expedite the sale of the home.  His advice was tremendously helpful and appreciated.  I highly recommend George and his team to anyone buying or selling their home in the Coachella Valley!
-Jessica R.
In the seller’s market that we have today, George did everything possible to help us find exactly what we were looking for without allowing us to compromise. His years of experience in the region led to him quickly honing down which communities suited our needs best and also matched with our specific style. Through the brutal offer process, George was extremely prompt and never missed a detail. We would highly recommend George to anyone looking for a home in the desert.
-Lindsay A.
Please leave me a 5 Star Rating on Google go to www.ReviewGeorgeVanJr.com or click https://bit.ly/3Dj5xZW
-Please Leave A Review

To exit demo mode:
Upload at least 1 photo
Add price & features
Assign an agent
Tip: For a great looking website, enter as much info as you can about this property in your admin panel.